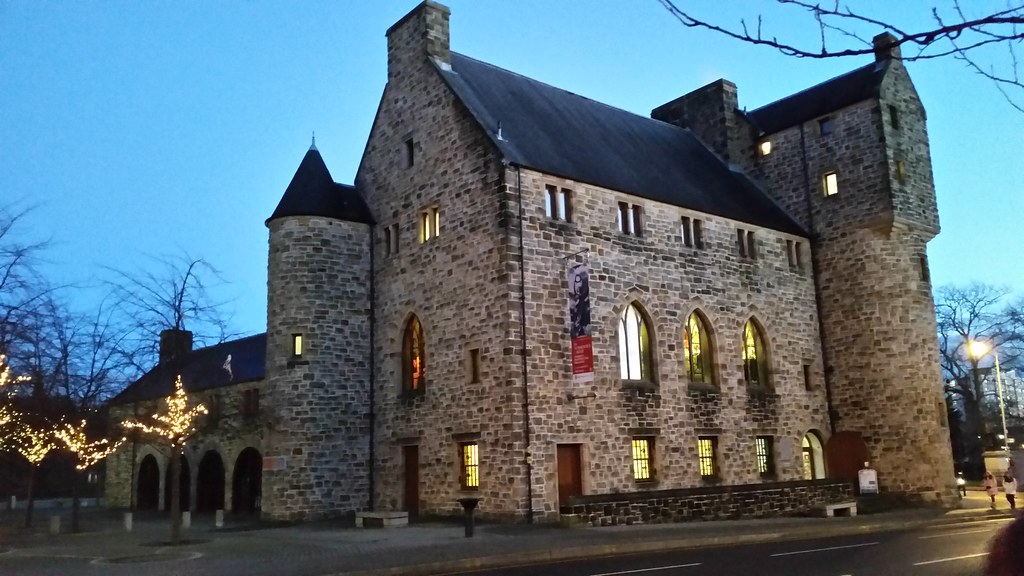 Last week our Chair gave an interview to the Glasgow Times regarding our concerns about St Mungo Museum of Religious Life and Art still being closed, but then came some fantastic news:  Glasgow City Council has committed to providing Glasgow Life with the funds necessary to reopen the museum!

And on Tuesday 22nd the Herald ran this piece entitled ‘Campaigners’ prayers answered as Glasgow’s St Mungo museum is thrown a lifeline’:

‘It is one of the few culturally important venues yet to reopen following lockdown restrictions and as the only centre of its kind in the UK it was feared its doors may have remained firmly closed.

Thousands of people signed a petition when last year campaigners fought to keep the future of St Mungo Museum of Religious Life and Art firmly on the agenda.

And as the museum looks to its 30th anniversary next year, it has been given a lifeline following a funding announcement as Glasgow City Council’s budget was set for the year ahead.

For campaigners with charity Interfaith Glasgow it came as a welcome surprise when it was revealed that £650,000 had been earmarked for St Mungo’s and the Provand’s Lordship.

Named after Glasgow’s patron saint who brought the Christian faith to Scotland in the sixth century, the museum and is filled with works of art and artefacts exploring the importance of religion.

Dr Rose Drew, chief executive of Interfaith Glasgow, which fosters friendship-building, dialogue, and cooperation between Glasgow’s diverse faith and belief communities, said they were delighted that their campaigning efforts had led to this stage.

“It came as a shock as we had no prior warning about the funding, but it was very welcome,” said Dr Drew. “Thousands of people signed our petition last year and it looks like our efforts were worth it. We’d like to see the museum reopen as soon as possible, but we are yet to hear of the timescale for reopening. We hope to have further talks with museum operators Glasgow Life about the next steps.”

The charitable organisation Glasgow Life, which runs culture and leisure services on behalf of the city council, oversees the running of the museum and it was one of a number of venues which were unable to reopen their doors when lockdown restrictions eased last year.

One of just a few in the world dedicated to looking at all religions, St Mungo Museum of Religious Life and Art closed due to lockdown nearly two years ago. It had been listed by Glasgow Life as having no scheduled reopening date prompting concern among volunteers at charity Interfaith Glasgow over its future.

Dr Drew added: “It is a unique museum and was created by the people of Glasgow as a community to reflect all religions and to show how diverse Glasgow was. What would it have said if the museum didn’t reopen?

“It was so important to have this museum open again which is why we campaigned and convened a virtual conference with experts from around the world on how significant we feel the museum is.

“We did feel it was looking grim at one point on whether it would reopen, but now we hope it will be open from any time. We’d like to begin our events programme there again which brings all faiths together.”

St Mungo’s was set up in 1993 with support from the various faith communities in the city to promote mutual understanding and respect between people of different faiths and none. Over the years it has worked with people of all religion and belief backgrounds to promote good relations and to challenge discrimination. It also has an outstanding international reputation and has helped to inspire the creation of other museums of religion and related initiatives in other parts of the world.

A spokeman for Glasgow Life said: “Glasgow City Council’s 2022/23 budget has allocated £650,000 funding to support the reopening of the St Mungo Museum of Religious Life and Art, and Provand’s Lordship, in the next financial year. This is welcome news for the people of Glasgow, as well as the city’s faith groups and visitors, and represents a significant commitment to ensuring a sustainable future for these invaluable heritage assets.

“Discussions have been ongoing during the pandemic with the Council and our partners in the Cathedral precinct about how we can work better together to improve the visitor experience to the medieval heart of the city and make best use of these buildings and their outside spaces. We will share more information regarding our reopening plans and the timescale for this as soon as we’re able to.”

Last week’s budget, which was passed with votes from the SNP-led City Government and Scottish Green Party, means Glasgow council tax bills will rise by 3%, meeting the expectation that increases would be pegged below inflation, with households facing other rising costs.

The budget also provides additional resources for Glasgow Life and supporting the reopening of venues, including community centres.

Green co-convenor Martha Wardrop said: “As well as confirming the funding to keep all local libraries open, it will also allocate more than £1 million to reopen community centres and public halls, and £650k to reopen the much-loved St Mungo’s Museum and Provand’s Lordship.

The Herald is leading A Fair Deal for Glasgow campaign calling for the city’s venues and treasures to be funded appropriately and for both the Scottish and UK governments to come together to deliver a new funding plan for Glasgow’s culture and leisure services.’

“As well as confirming the funding to keep all local libraries open, it will also allocate more than £1 million to reopen community centres and public halls, and £650k to reopen the much-loved St Mungo’s Museum and Provand’s Lordship” https://www.glasgow.gov.uk/index.aspx?articleid=29025

We won’t rest on our laurels until those doors are actually open to the public again, but want to say a huge thank you to all those of you who signed our petition and have in other ways supported the campaign to re-open St Mungo’s.  We’re getting there!