Interfaith Glasgow, although a relatively young organisation, stands within a venerable history of interfaith work in Glasgow – a history which began in the 1970s with a remarkable woman called Stella Reekie. Stella was a Church of Scotland deaconess, who established Scotland’s first interfaith group here, known as the Glasgow Sharing of Faiths.

A former missionary to Pakistan, Stella was a community worker with new Scots who had mostly come from India and Pakistan, helping them integrate into their new surroundings and promoting understanding and respect between people of different cultures and faiths.  Her home in Glasgow’s West End – first on Belmont Street and then Glasgow Street – became known as the International Flat.  It was a centre for people of different religions and cultures, offering English lessons, cooking and sewing classes, helping people find homes and work, giving advice on social services, offering encouragement and helping newcomers make friends – a space where people from diverse religious traditions could relax and socialise together and share their beliefs and ways of life.  Out of the International Flat, grew the Glasgow Sharing of Faiths. 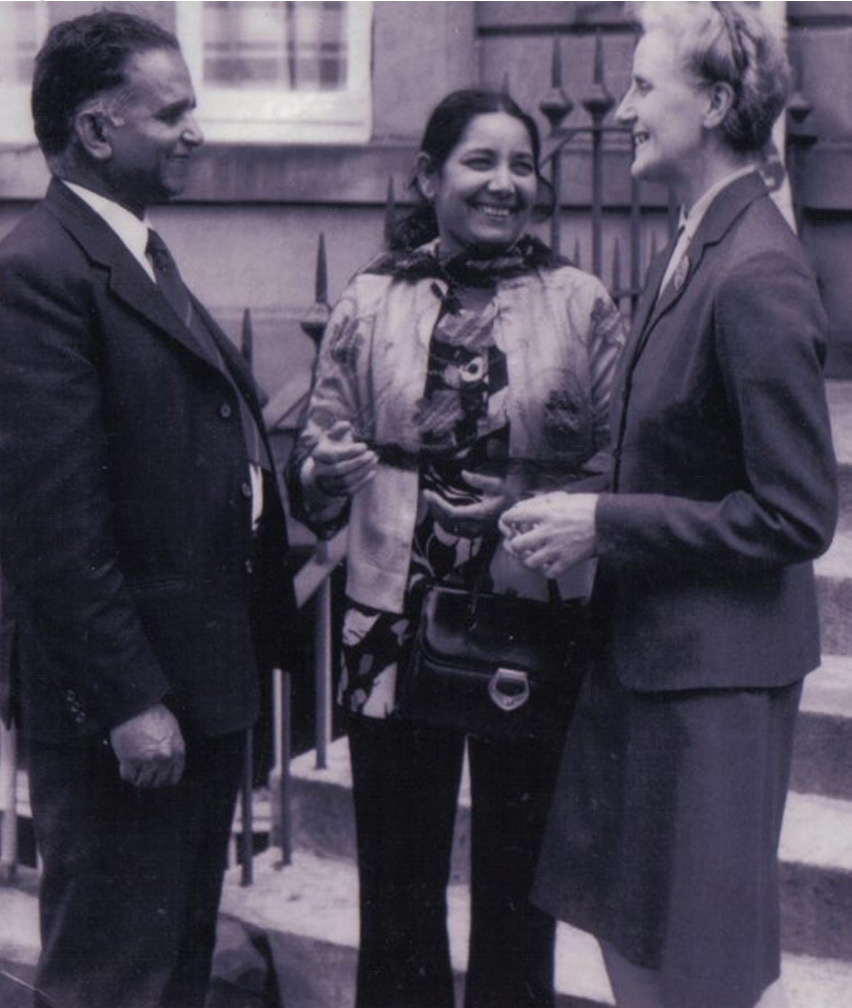 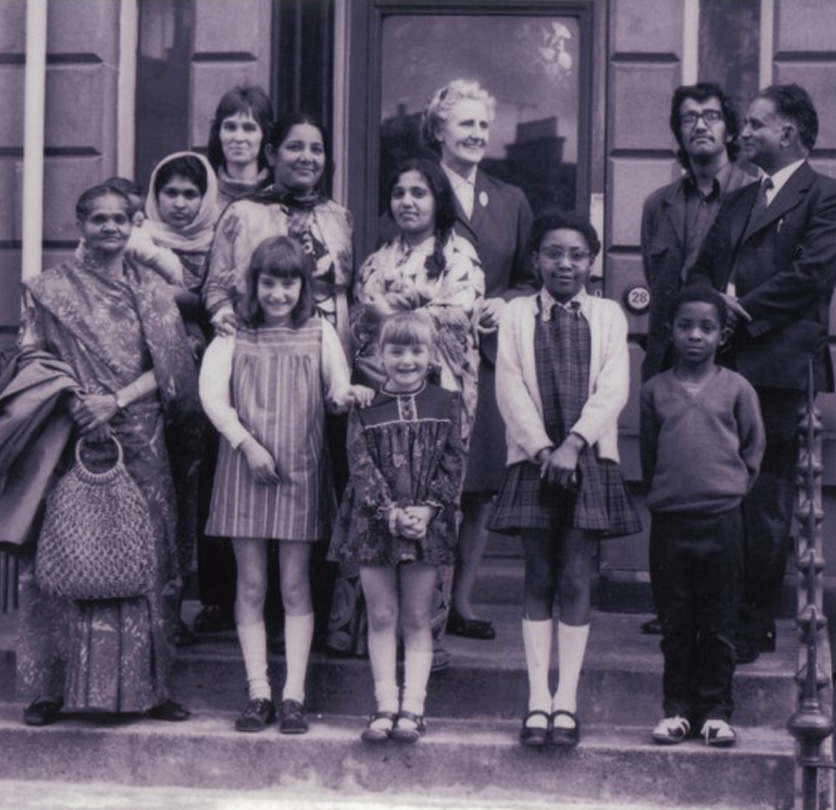 Behind Stella’s commitment to interfaith work lay her war time experience.  Present in the first days of the liberation of Belsen, she had seen for herself the horror and destruction of human life that can emerge from philosophies that judge one group to be superior to another or dehumanise people because they are different.  When she died in 1982, Glasgow’s then Lord Provost, Dr Michael Kelly, wrote of the city’s ‘incalculable debt to Stella Reekie’, saying: ‘as long as her spirit of selflessness inspires those who knew her and is passed on to others who never knew that privilege, the debt will be discharged through their continuation of her mission to break down barriers and build understanding between people’.

After Stella’s death the Glasgow Sharing of Faiths group continued to meet for a number of years until it fell into a decline, perhaps attributable to the fact that many members of the major faith communities had diverted their energies to the establishment of the Scottish Inter Faith Council (now Interfaith Scotland), which came to fruition in 1999.  While interfaith engagement in Glasgow continued, both through the work of Interfaith Scotland and of St Mungo Museum of Religious Life and Art (in partnership with the Churches Agency for Interfaith Relations in Scotland), it became increasingly clear that there was need for more strategic direction and local governance.  A 2005 study entitled ‘Faith Communities and Local Government in Glasgow’ (Clegg and Rosie, 2005), for example, found “a significant lack of both structures which facilitate relationship, and actual contact, between faith communities, at local level” and noted that while “[f]aith communities have skills, capacity, and willingness to contribute to public life… [t]his is not always recognised or utilised”.

With such considerations in mind, a return to a more formal structure was proposed by the Rev. Donald Reid, who had worked with Edinburgh Interfaith Association and as Director of the Edinburgh Festival for Justice and Peace.  He worked with Interfaith Scotland to secure Scottish Government funds for the creation of a new structure and increased opportunities for interfaith engagement in Glasgow.  In October 2012, Dr Rose Drew was subsequently appointed as Project Manager, to establish this new structure, and she went on to become Interfaith Glasgow’s CEO when it became an independent charity in 2016.

Interfaith Glasgow seeks to continue the mission of Stella Reekie and all those who have worked to build understanding between people of all faiths and none, breaking down barriers and fostering friendship, dialogue, and cooperation.