Interfaith Glasgow has quickly established a reputation for delivering some of the most innovative and effective interfaith work in the UK, attracting growing recognition locally, nationally, and internationally and winning awards, including a bronze medal in the prestigious World Interfaith Harmony Week competition, which receives entries from all over the world.

In 2022 Interfaith Glasgow won a £1,000 ’12 Days of Giving’ Movement for Good award from Benefact Group thanks to nominations from the public, who were invited to nominate a charity of their choice.  Very many thanks to everyone who nominated us! 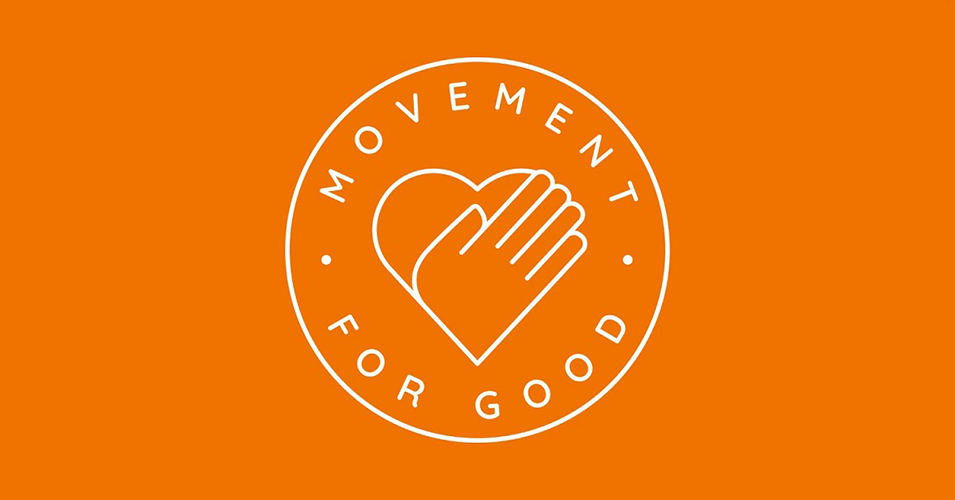 In 2021 Interfaith Glasgow won a £1,000 Movement for Good award from Ecclesiastical Insurance Group thanks to nominations from the public, who were invited to nominate causes close to their hearts.  A huge thank you to everyone who nominated us!

In 2020 we were shortlisted for a UK-wide Integration Award from the MigrationWork Trust in recognition of the work we do with refugees through our Weekend Club initiative.

More generally, the Weekend Club has attracted considerable interest and praise for the way it brings together people from diverse religion and belief backgrounds to work cooperatively to aid integration. The impact of our approach “should not be underestimated”, writes Jennifer Layden (Glasgow City Councillor and Convenor for Equalities and Human Rights), describing us as “leading the way in this work”.  Similarly, David Bradwell of Scottish Faiths Action for Refugees (which established a Weekend Club in Edinburgh based on our model) writes: “I believe that the intentional interfaith and intercultural approach which has been adopted is ground-breaking, not just for Scotland but for the UK and indeed for many places in Europe”.  And the Director of the Interfaith Network UK, Harriet Crabtree, included a feature on the Weekend Club at a UK-wide networking event, describing it as a “pioneering project” and an example of “excellent” interfaith work.

In 2019 Interfaith Glasgow was the Community Development Award Winner in the CEMVO Ethnic Minority Impact Awards.

In 2018 we won the bronze medal in the prestigious, international and highly competitive H.M. King Abdullah II World Interfaith Harmony Week Prize for a series of three events (from over 1,232 that took place around the world) showcasing our work. You can read about it here. Our Chairman, Philip Mendelsohn, and CEO, Rose Drew, were presented with the award by H.M. King Abdullah II at a ceremony in Amman, Jordan on 24th April 2018.  Subsequently, a motion was endorsed by the Scottish Parliament congratulating Interfaith Glasgow and stating their support for our work.

“I cannot adequately put into words how impressed I am with the work that Interfaith Glasgow are doing.  I have worked with many interfaith organisations and seen even more, and my experience is that very often what emerges is a kind of polite patronisation, whereby everyone tries so hard not to cause offence that nothing real is ever said or done. In Glasgow, the opposite seems to be the case.  Relationships between faiths are warm and genuine, and there is a comfort to the dialogue that I have not seen elsewhere.  … Given that it is difficult to see a positive future for humanity without cooperation across boundaries of faith and culture, and given that all faiths seem to teach that we should be treating every human being with respect, Glasgow is showing how it can happen, and reaping the rewards in the form of joint projects for the benefit of everyone.”

“I recently had the privilege of attending some of the Interfaith Glasgow events during the World Interfaith Harmony Week. …[T]hese events highlighted the very urgent role of faith communities in promoting interfaith understanding, and locating the role of faith in addressing the significant challenge of climate change to us all.  This is, I feel, emblematic of the great work of Interfaith Glasgow, namely that faith communities are not solely engaged on the basis of their faith, but also as live, organically-embedded Glasgow communities with other interests, experiences, ideas and concerns that can enhance the life of the great city of ours.”

“It is my great pleasure to endorse the work that Interfaith Glasgow has been doing to promote better communications between different faith members in Glasgow. The University of Glasgow has been working with Interfaith Glasgow closely over a number of years. … Interfaith Glasgow is committed to bottom-up and practical activities. It has been successful in providing a relaxed, inclusive and safe space where people from different backgrounds can explore various perspectives, enjoy friendly conversation and ask honest questions. This is one of the most effective ways to make a difference within and beyond the local area.”

“I have been involved in the St Mungo Museum of Religious Life and Art as a museum professional since its foundation in 1993. Since that time the museum has enjoyed fruitful dialogue with faith communities across the city … Since the establishment of Interfaith Glasgow in 2012 the museum has enjoyed a much more sustainable and ambitious relationship which can best be described as symbiotic. This can be well demonstrated in our joint ‘Faith to Faith’ monthly interfaith dialogue programme which has become our principal adult learning offer. … I cannot stress the importance of Interfaith Glasgow enough and the added value our partnership brings to the mission and programmes we provide at the museum and beyond. The impact of all that Interfaith Glasgow does and has achieved over the past few years bears witness to a highly motivated and professional team of staff, who actively strive to make Glasgow a better and safer place for all its citizens”

“[T]his wee charity is undertaking vital work: promoting mutual-understanding and peaceful coexistence, as well as providing a warm Glasgow welcome to ‘New Scots’ as they settle here and make Scotland their home. … Interfaith Glasgow has something special to offer: an antidote to prejudice, division, and hatred. … I cannot praise the work of Interfaith Glasgow highly enough”.

“Our Church organisation works with Interfaith Groups the length and breadth of the United Kingdom as well as in other parts of the world. It is the considered opinion of our European leaders that Interfaith Glasgow is indeed the strongest and most dynamic group of its kind within the United Kingdom and is looking to try and emulate some of the great work that it has carried out in other parts of the country.”

“We were very impressed by the quality of all the preparation and events and see Interfaith Glasgow as a future partner of the school in terms of providing opportunities for our young people that resonate with our values of equality, compassion, integrity and respect”

“[Interfaith Glasgow] has opened up new ways of engaging religiously with others that didn’t exist before, developing a deeper level of mutual understanding and friendship. … this is what Interfaith Glasgow is always about, facilitating stronger community cohesion and understanding in Glasgow, bringing together those of different faith and cultural backgrounds”

“Our relationship with Interfaith Glasgow and their connections with a wide number of faith and non faith groups has … added value to the projects funded by the [Central Scotland] Engagement Programme … which has enabled groups to gain funding to celebrate Eid and Diwali in the woods. … [W]orking with Interfaith Glasgow has enabled Forestry Commission Scotland to link up with faith communities, … encouraging greater participation in our woodlands”

“I have been involved in interfaith encounter for many years at local, national and international level and I am impressed by the work of Interfaith Glasgow”

“Interfaith Glasgow is a dynamic organisation that has contributed to better cooperation between faith and belief communities, encouraging them to work on joint action projects in Glasgow.”

“As someone who has volunteered with Interfaith Glasgow on various initiatives, including the pioneering ‘Weekend Club’ which helps to welcome and connect new arrivals to sources of support and help them get to know Scotland better, I have had the privilege of seeing, first hand, the vital work that the charity does to support some of society’s most vulnerable and improve interfaith relations during difficult times.”

Aneel Singh Bhopal, Deputy Director of WSREC
Page load link
We use cookies on our website to give you the most relevant experience by remembering your preferences and repeat visits. By clicking “Accept All”, you consent to the use of ALL the cookies. However, you may visit "Cookie Settings" to provide a controlled consent.
Cookie SettingsRead MoreAccept All
Manage consent