On Saturday 6th November, the COP26 Coalition is calling for a Global Day of Action for Climate Justice. The Interfaith Glasgow team is proud to join the main demonstration of the day, which will take place in Glasgow.

The main demonstration on November 6th will be in Glasgow. There will be a march led by indigenous leaders, who are our greatest protectors of biodiversity and are at the frontline of the climate crisis today. Behind them, the march will be comprised of different blocs, which will be the face of each community that would like to have its message heard about the climate crisis.

Interfaith Glasgow is delighted to have team members representing our charity in the Faith and Belief Bloc and the Anti-Racist/Migrant Justice Bloc. We encourage our supporters to join us and stand in solidarity with those affected by the climate crisis today and those who will be first affected in the future.

The march will assemble in Kelvingrove Park at 11:30am. The march will move towards Glasgow Green where a rally will be held, led by speeches from community leaders who are at the frontlines of the climate crisis. You can view the full route here. 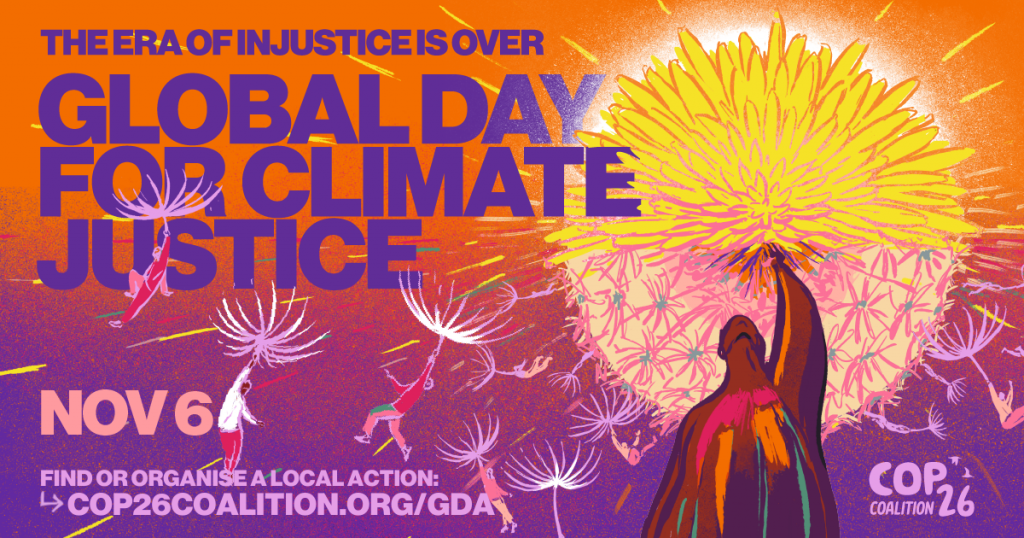 We use cookies on our website to give you the most relevant experience by remembering your preferences and repeat visits. By clicking “Accept All”, you consent to the use of ALL the cookies. However, you may visit "Cookie Settings" to provide a controlled consent.
Cookie SettingsRead MoreAccept All
Manage consent